A Light Went On 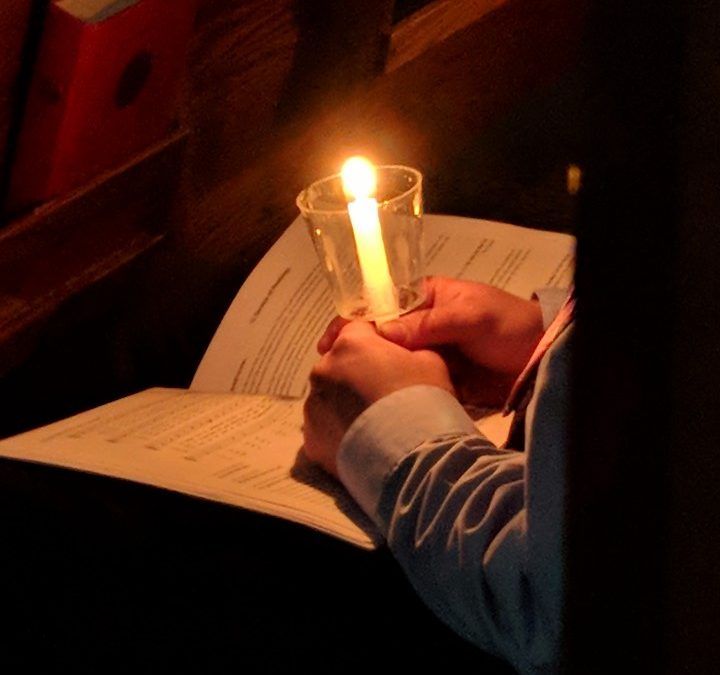 It was at a climatic point in my life. I had gone through a divorce and had many questions, such as, “Where do I go from here?” A Lutheran pastor named Richard Mohr, fresh from the Seminary, was walking through my brother’s neighborhood. My brother and I had never been raised in the church, and my brother and his wife had questions about life also. When the pastor invited them to church, they agreed to come the next Sunday and they began attending church regularly.

Two months later, as I was sitting with some mafia friends, in a country western bar. My brother walked through the backdoor and boldly told my friends to leave because he had something to tell me. He began, “You know we have never been church goers.” “Of course not,” I replied, “why would we?” My brother was persistent in saying “Come Sunday and see.” Seeing that it was useless to argue, I agreed to attend church the following Sunday.

I felt out of place and then Pastor Mohr opened his Bible and said, “I want to share with you some words from Matthew chapter 11.” He said, “Here is Jesus’ invitation, ‘Come to me, all who are weary and heavy laden, and I will give you rest. Take my yoke upon you, and learn from me, for I am gentle and humble of heart, and you will find rest for your souls.’” I thought, “I’ve read a lot of books and I’ve received a lot of wisdom from people. None of that wisdom has helped me with my problems. Why not learn from God?”

The next Sunday I found myself in church again and the pastor spotted me. “I see you have been in church the last couple Sundays,” he said. “That’s true,” I said. “Good to have you here,” he said, “What do you know about the Bible?” When I told him I had no real knowledge about the Bible, he said, “I have an easy-reading Bible here. Why don’t you take it home and start reading in the gospel of John. It really shows the depth of God’s love for everyone and especially for you.”

When I got home I just threw the Bible up on the shelf. But the next week, there was nothing worthwhile on TV, so I brought the Bible down and started reading in the gospel of John. As I began reading, I was astonished. When I told Pastor Mohr about my findings, he chuckled and said, “God offers you a new beginning. Why don’t you attend a new class I’m starting?” Within a few weeks a whole new world began to open up.

Then the pastor said, “I would like to meet with you every morning at 6:00 a.m., and we’ll study the book of Acts together.” After we had finished all of this, the pastor started handing me books to read like The Old Testament Speaks and The New Testament Speaks and others. On February 2, 1976, I was washed in the waters of Holy Baptism. Little did I realize it then, I was on my way to becoming a LCMS pastor, all because of Pastor Mohr’s commitment to making disciples.